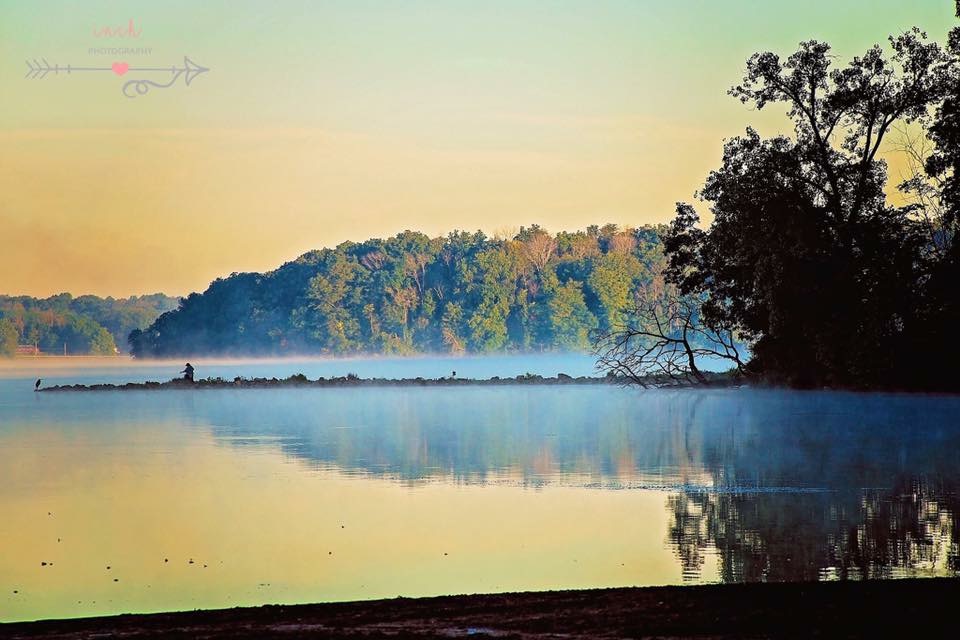 The quiet and relaxing atmosphere of Kiser Lake State Park makes it a favorite Ohio getaway. The rolling wooded hills and diverse wetlands add to the beauty of this scenic lake known for its clean, clear waters. 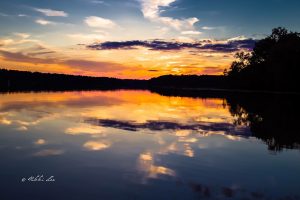 Nature of the Area 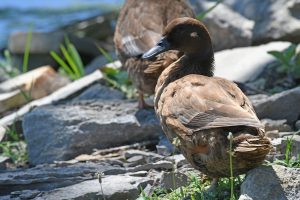 The area surrounding Kiser Lake State Park is a gift of the ice age. Two natural phenomena caused by the glaciers helped shape the region into its present form. The gently, rolling wooded hills were caused by glacial deposits in the form of end moraines when the ice edge remained stationary for a period of time, creating a linear ridge along the ice front. One such moraine called the Farmersville surrounds the lake on three sides creating a hummocky elevation through the area. Moraine deposits contain boulders, some weighing many tons, carried from as far away as Canada. These boulders, called erratics, are a familiar sight at Kiser. Another geologic feature at Kiser Lake State Park is the kame field at the southeastern end of the lake. Kames are mounds of sand and gravel that are formed by meltwater flowing across glacial ice. The water deposits sediment into holes along the ice margin leaving behind hummocky mounds.

The wetlands at Kiser are in the form of fen and wet meadow habitat. These areas were formed when blocks of ice broke away from the glacier and became covered by sand and gravel. As the climate warmed, the ice melted and left a depression filled with water surrounded by glacial deposits. These areas are filled with many intriguing plants including pitcher plant, sundew, tamarack and spruce.

History of the Area 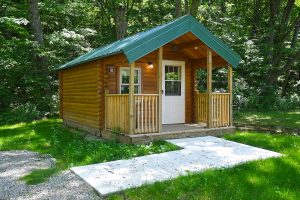 The Kiser Lake region in Champaign County was the home of Tecumseh, the great Shawnee warrior. He lived and hunted on Buck Creek near the site of present-day Urbana. It was also near here where Simon Kenton, the legendary frontiersman, was once held captive by the Shawnee. Kenton admired the Shawnee for choosing such a beautiful area in which to reside. He remembered the area well and returned later in his life. Around 1802, Kenton settled in Urbana for several years. His remains lie in Oakdale Cemetery, southeast of Urbana under an impressive monument.

Kiser Lake was a dream of John W. Kiser and other members of his family. Their idea was to create a lake in the Mosquito Valley area which was low, swampy and dotted with numerous springs. In 1932, the Kiser family offered to the state of Ohio several hundred acres of the Mosquito Creek Valley. In 1939, a dam was constructed and the new lake was named Kiser becoming part of what is now Kiser Lake State Park. The lake is nearly 2.5 miles in length and has 5.3 miles of shoreline. 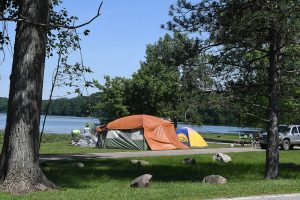 A family camping area with 115 non-electric sites is open all year. Picnic tables, fire rings, a trailer waste station and latrines are provided. A group camp is available on the south side of the lake for youth and adult organizations on a reservation basis. Two Rent-a-Camp units, consisting of a tent, dining fly, cooler, cook stove and other equipment, can be rented during the summer months by reservation.

Swimming
A 600-foot swimming beach is open from Memorial Day to Labor Day. A refreshment stand is near the beach. Scuba diving is permitted except within the beach area. Divers must be accompanied by at least one person. Proper equipment and marking of the diving area are required.

Boating
Sailing is popular at Kiser Lake as boats with motors are not permitted on the lake. A launch ramp and public docks are available. Boats can be rented at two boat rentals within the park.

Picnicking
Four picnic areas with tables and grills are located in the park. Shelters are also available on a first-come, first-served basis. No open fires are permitted in these areas.

Trails
Four hiking trails are located within the park and provide 4.5 scenic miles of walking pleasure. Red Oak trail is located in the family camp area at the east end of the lake. Pine Tree and Possum Hollow trails can be reached from the group camp area. The North Bay Trail follows the lake shoreline for 1.5 miles.